It’s time to end the energy monopoly in Florida

In the U.S. today, there are few things that everyone can agree on. However, as polarized as the country has become, there are some issues that transcend partisan politics. One of them is the value of a free trade system – few things get Americans as riled up as the perception that a company is monopolizing any industry. Yet, in Florida – as in many states – the utilities have a monopoly on the energy 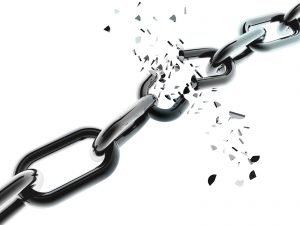 market. The law allows only regulated power companies to distribute power. But a movement is afoot to end the energy monopoly in Florida.

The utilities’ chokehold on the market impacts us in many ways. It enables them to increase rates nearly at will – seldom do state regulators deny their proposals to increase prices because state law provides them a guaranteed profit. It stifles any possibility of competition. Most distressing is the impact a monopoly has on innovation, since a guarantee of continued profit and control removes any incentive to invest in improvements to infrastructure or operations, or develop new products or services.

If you’re wondering why the utilities in Florida are allowed to continue their monopoly while monopolies in every other industry ended long ago, the answer is simple: Florida utilities invest tens of millions of dollars in political contributions and lobbying. You’ll find language provided by the utilities in energy-related legislation, and the utilities pump cash into nearly every elected official’s campaign coffers. FPL spent over $6 million in direct contributions and lobbying in the 2018 election cycle alone (source: Center for Responsive Politics). Between FPL, Duke Energy, Gulf Power, and Tampa Electric, there are more than 90 lobbyists in Tallahassee (by comparison, there are 120 members of the Florida House and 40 members of the state Senate). The relationship between the Capitol Building in Tallahassee and utility headquarters has been extremely cozy, to put it mildly.

According to the Institute for Local Self-Reliance, “It no longer makes sense to preserve last century’s forms of utility ownership and control in a century where cost-effective technology enables widely distributed production and ownership of electricity. And yet, a majority of state laws governing electricity service still preserve this monopoly model. Even those that do not have made little progress on democratizing the electricity system.”

But enough is enough. A group called Citizens for Energy Choices is pushing to get an amendment on the 2020 ballot demanding deregulation of the energy market. As they say on their website: “With choice, Florida can save more than $5 billion every year. This economic advantage would help keep Florida a leader among the country’s most populous states.”

One might ask, “How do electric rates in Florida compare to a state where the energy market is deregulated?” I would assert that’s asking the wrong question. What we should all be asking is, “What is the VALUE of the product and service we’re receiving?”

If consumers made choices based solely on cost instead of value, we’d still be using old fashioned landlines for phone service. Given the choice, would you purchase landline phone service today, even if it cost only one-tenth of what cell phone service (with high speed mobile data) costs? The market has clearly spoken on this issue.

Innovation in the telecommunications industry began to boom with the breakup of the Bell System in the early 1980s. With competition, companies were forced to invent, to create, to dream. Clearly, today’s smart phones and high-speed wireless data cost much more than old fashioned phone service but these new services also deliver vastly more VALUE to consumers. There would be none of this if the Bell System monopoly had been allowed to continue.

Just like we couldn’t imagine the amazing new services arising from high speed wireless internet, we can’t imagine the innovations that would ensue in a deregulated energy market, and the additional value they would bring to everyone. There’s a whole new world of energy services out there. It’s just that there’s no incentive for Florida’s monopoly utilities to explore that new world.

Someday, we’re going to look back at our current situation and wonder why it took so long to break the utility monopoly. Let’s make sure we don’t wait too long for that someday to come.

Read Citizens for Energy Choices’ statement on the issue of deregulation.
Read, download and sign the petition to mandate consumer choice in the energy market in Florida.

« Renewables in the Grid: Dispelling the Myths | Gratitude for a great decade »
Loading Comments...