If you have a solar energy system, then you are the beneficiary of net metering. If you’re not quite sure what that means, keep reading for understanding net metering in Florida, we’re happy to explain. 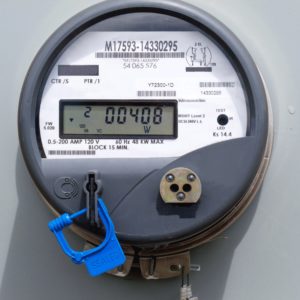 In Florida, net metering rules were adopted in 2008. Net metering allows utility customers who connect approved, renewable generation systems – such as solar panels – to the electric grid to sell electricity back to the utility company.

When consumers generate electricity from their solar array for their home or business, it reduces the amount of energy they need to purchase from the utility and lowers their monthly electricity bills. If their system produces more energy than they need, the excess power is sold back to the grid. That amount of energy is deducted from their monthly bill or credited toward a future bill in the same calendar year.

To be eligible, a home or business owner needs to apply with the utility company and have their electric meter replaced with one that measures excess power supplied to the grid.

It sounds pretty straightforward, right? If there’s a resource that you don’t use – or that you are able to feed back into its source – there should be financial benefits. But there is controversy over net metering, and the practice may be at risk here in Florida.

In states where solar energy generation is on the rise, utility companies have claimed that solar adopters are not paying their share of maintaining utility operations, resulting in an increase in costs for other utility customers. Although numerous independent studies refute this claim and instead show that solar reduces the cost of grid maintenance and operations for non-solar customers, some states such as Nevada, Hawaii, California and numerous others, are responding with the levying of additional fees and/or by lowering the price they pay for net metered electricity.

Of course, this is bad for the continued growth of the solar industry and renewables as a whole. While most who install solar tend to be concerned for the environment, the financial benefits of going solar are a large part of decision-making. If utilities reduce or remove that incentive, it could have a huge negative impact on the future development of solar.

We have reason for concern here in Florida. If passed by voters, Amendment 1 – which is on the November ballot – would, in effect, serve as a constitutional affirmation that solar adopters should pay higher utility bills than other customers. Solar advocates warn that solar users could end up paying twice as much as those who do not utilize solar for their power.

Even more worrisome is the provision in Amendment 1 that asserts that state and local governments have the authority “to ensure that consumers who do not choose to install solar are not required to subsidize the costs of backup power and electric grid access to those who do.”

This is almost certainly a first, subtle strike against net metering – if voters pass Amendment 1, some have said that this could enable utilities to argue that net metering is a subsidy and that lawmakers have the authority to prohibit the practice.

This illustrates the importance of voting, of making your voice heard. We believe that the monopoly utilities have over the commodity of power is unprecedented in an otherwise capitalistic economic model. There can be little innovation without consumer choice, and consumers can’t control their own finances if an essential resource is controlled by a company with great legislative influence and proven history of at-will rate hikes.

If you have any questions about understanding net metering, either of the solar-related amendments on the August and November ballots, or wish to explore the possibility of installing a solar power system on your home or business, please give us a call or click HERE to send us an email!

« How, exactly, does solar energy work? | How to find the best solar installer »
Loading Comments...