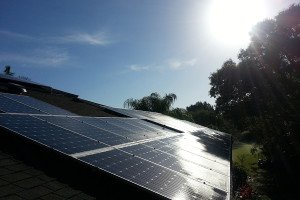 When it comes to electricity, Florida consumers do not have a choice. The sale of electricity is centrally controlled by the Florida Public Service Commission, with only one state-sanctioned utility company allowed to sell electricity in any given geographic region.

Consumer choice is what drives our economy forward – it is the basis for the innovation we have seen in so many areas of our lives. Consider 35 years ago, when we had but one option for telephone service. Most of us would agree that today’s myriad telecommunications services provide a vastly superior value when compared to the basic dial tone calling of the 1980s, even if it does cost more. Innovation occurred because consumers had choices.

But in Florida, our options are severely limited when it comes to power. For example, you can’t purchase solar energy in our state, as you can in most other states. You can only buy solar panels for your home or business and produce the electricity yourself.

Florida’s powerful utility companies enjoy their monopoly and have secured a chokehold on our elected officials and energy policies to keep it that way. Florida Power & Light may say that it supports “customers who want to install their own solar panels,” but what that really means is that access to solar power is denied for the hundreds of thousands of residents who can’t afford to purchase and install their own solar systems.

To push the issue of consumer choice in solar power to the forefront, a wide coalition has come together under the name Floridians for Solar Choice, which is working to add a constitutional amendment to the 2016 ballot that would allow Floridians to buy solar electricity as it is produced, instead of having to buy solar panels outright. For example, a commercial developer could install solar panels on the houses within a development and sell the solar electricity to his/her tenants. Another company might install solar panels on low income housing and reduce the cost of electricity for those residents. Florida is one of only a handful of states that prohibits this practice.

While Floridians for Solar Choice has certified more than 100,000 signatures already, resistance to the amendment is growing, from Florida’s Attorney General and even a rival amendment group called Consumers for Smart Solar, which is funded in part by FPL. One of the arguments Consumers for Smart Solar uses is that increased solar adoption will lead to higher costs for those who don’t install solar panels. State-sponsored studies in Nevada, Mississippi, Maine and Georgia have disproven this assertion, with numerous studies showing net benefit to the grid and to those who do not adopt solar.

These studies confirm that the excess energy generated by solar panels reduces the strain on electric grids, especially on hot days when air conditioning use rises and utilities are forced to buy additional power at much higher rates. Solar also reduces the need for costly new infrastructure projects. Profit margins of utilities are set by state regulators. The more equity utilities have in transmission lines, power plants and other assets – which are funded through rate hikes absorbed by customers – the more profits the utilities can earn.

One might suggest that Florida’s politicians are unwilling to deregulate energy because utilities are the largest political donors in the state. Since 2010, they have spent $12 million on the campaigns of state lawmakers, including contributions to every member of the Senate and House leadership. The utilities also have between 90 and 100 full-time lobbyists in Tallahassee, where there are only 160 legislators. Given this, it’s no surprise that, last November – at the request of the utility companies – Florida’s Public Service Commission voted to end the state’s popular solar rebate program and to cut the utilities’ energy efficiency goals by 90 percent.

The statistics are clear: pro-solar policies provide a major economic benefit where they are enacted, and create thousands of high-paying solar jobs that can’t be outsourced. By supporting the Floridians for Solar Choice amendment, thus expanding the availability of affordable solar power, Floridians can choose a more sustainable future, a more vibrant economy and access to higher-paying jobs.

Florida can be a leader in solar energy. We just have to make that choice.

« The Cost of Solar Panels for Home Use in Port Charlotte | How will you attach the solar array to the roof of my house? »
Loading Comments...